It’s possibly quite sad to reflect that if you mention the words ‘Albert Square’ to an average citizen of the UK, it’s likely to spark up a conversation about a fictional square in a fictional borough in which you can usually find the cast of EastEnders screaming and shouting at each other against the backdrop of a selection of fruit and veg.

But if you head about 200 miles North from Walford, you’ll find a genuine Albert Square in Manchester which is steeped in over 150 years of rich heritage and thankfully has nothing to do with bust-ups and gossip and over-sized earrings.

In fact, this ‘Gothic Heart of Manchester City Centre’ is now on the brink of one of its biggest revamps in its long history, as the square is set to be expanded and developed into a new improved ‘international space’.

It’s bad news for car drivers as the proposed plans include a pedestrianisation of the square, effectively turning Albert Square into a no-go zone for vehicles.
But it’s great news for everyone else, as the plan will create an additional 20% of space, along with vital improvements to security and safety.

The pedestrianisation of Albert Square is just one element of a much wider £330 million project which also includes the restoration and access improvement to the Grade I-listed Manchester Town Hall building.

Manchester City Council claim that the project as a whole will deliver a major facelift to the square and will transform it into one of the leading civic event spaces in Europe. 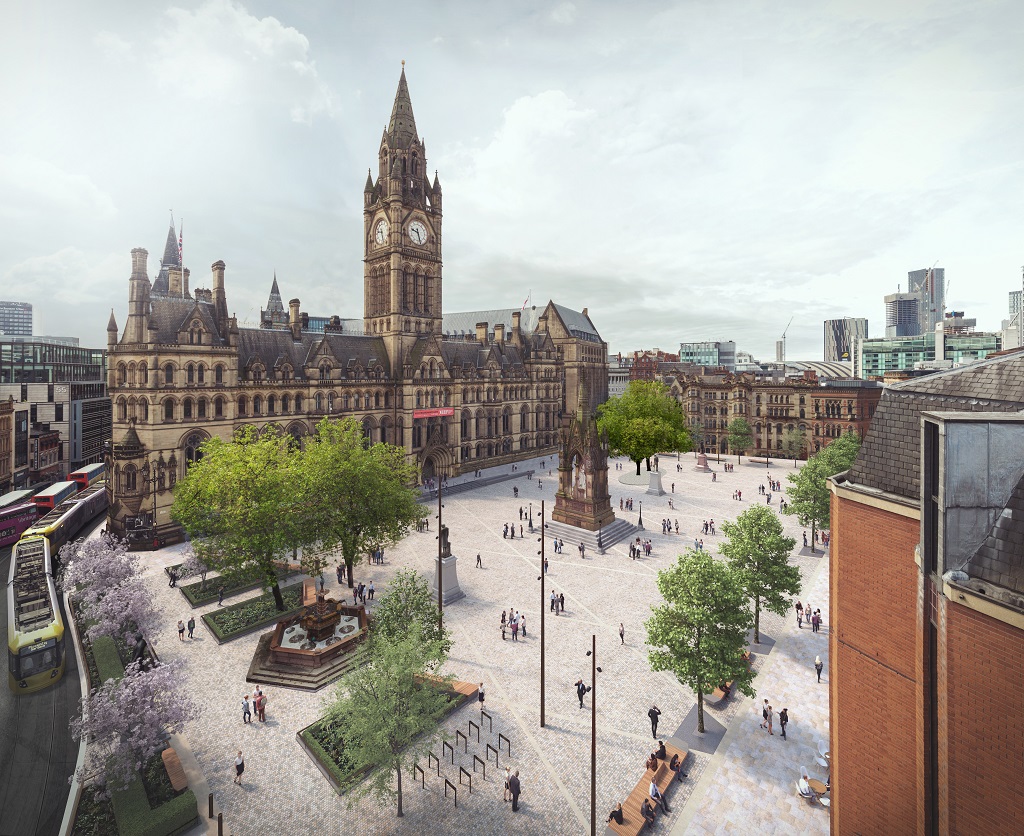 The initial development of Albert Square dates way back to 1863 when the Manchester Corporation’s Monuments Committee were looking for a suitable place to erect a memorial statue of Prince Albert who had died from typhoid a couple of years earlier.

The original design was very much geared towards vehicles as it was laid out in the shape of a traffic circle and was scattered with groups of bus stops.
By the late 1980s, the eastern side of the square – right in front of the Town Hall – was pedestrianised, and Albert Square had evolved into a thriving space for civic events, business office space, commemorations, and festive celebrations.

But fast-forward to today, and there are problems with the square.
Traffic is still very much given priority over pedestrians, and this limits walking routes and access to some of the big events hosted in the square, such as the legendary Christmas markets and the Manchester International Festival.

Ugly concrete barriers surround the cluttered square as a repugnant security measure, the condition and health of the trees is sadly deteriorating, and although much of the square is in need of improvement, it’s often hard to pick out all the faults because the visibility is so poor from the weak lighting. 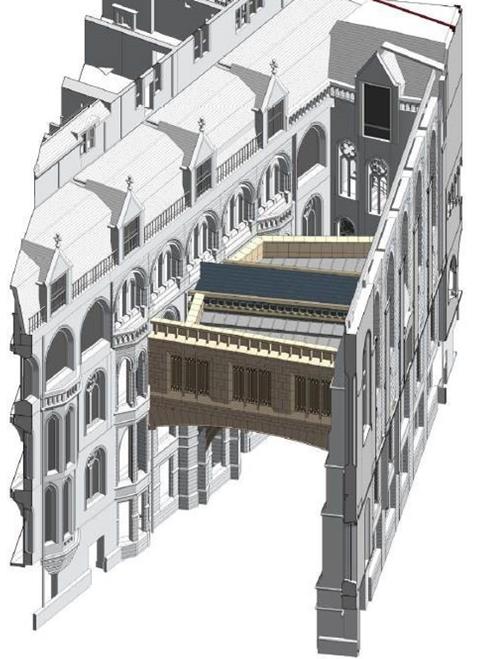 The proposals submitted by creative studio Planit-IE on behalf of Manchester City Council include the blocking of traffic access around the square, with only the Princess Street side remaining open to traffic.

The Council have concluded that less than 3,000 vehicles per day are currently using these routes, which can easily be re-directed. Bus stops and taxi services can also be re-positioned.

Pedestrianisation will create an extra fifth of new space for the square which will open up more outdoor seating for food and drink businesses.
The square will be resurfaced with granite paving, while new yorkstone paving will be laid down to provide a walking route.

New lighting installations will help increase the safety of the public space, with bespoke lighting columns to be positioned around the edges of the square.
The ambient lighting isn’t just designed to bring the square to life after dark; it will also emphasise and define some of the square’s architectural features and historic monuments. 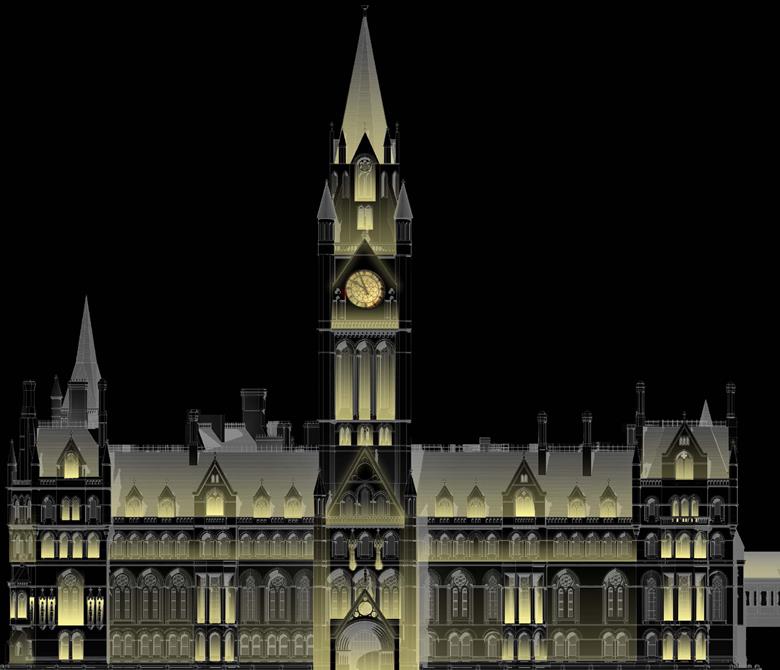 The increased levels of security in the design will lead to the removal of those unsightly concrete barriers, opening some of the previously hidden scenic views and creating a more tranquil space in which the civic and heritage qualities are given more room to breathe.

Meanwhile, many of the existing trees suffering from poor soil conditions will be pulled up, but new trees and planting will be introduced around the square. This will maintain the square’s green character and help create new relaxing seating areas sheltered from some of the rougher edges of Manchester’s seasonal weather. 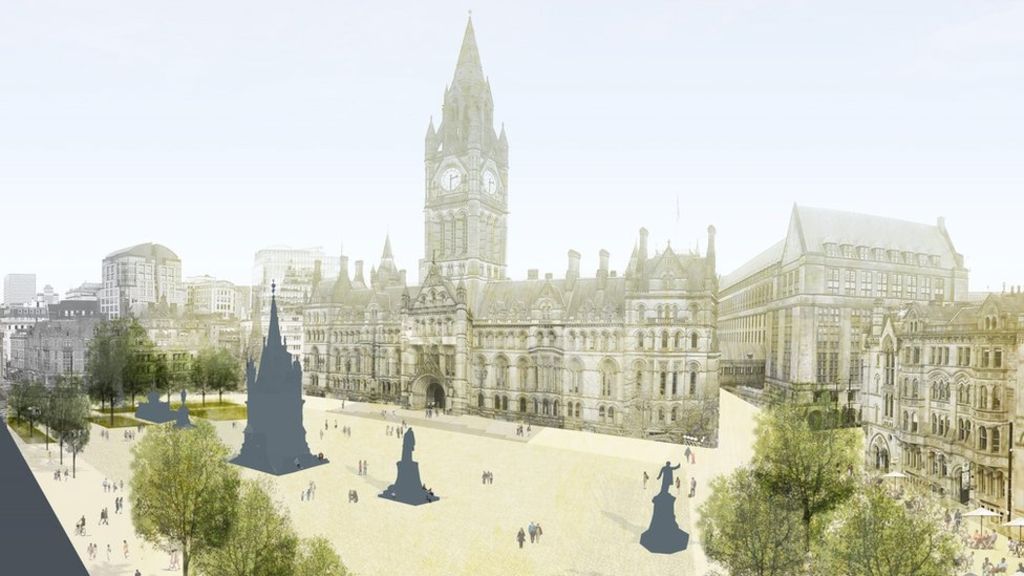 Of course, one of the main attractions of Albert Square has always been the Neo-gothic municipal building Manchester Town Hall, originally designed by architect Alfred Waterhouse, and now home to the ceremonial headquarters of Manchester City Council.

Although the Grade I-listed building has a proud history, very recent reports have deemed the town hall to be in “urgent need of essential repair and modernisation.”

The medieval-styled building will now receive a full upgrade to the antiquated heating system, along with the installation of new improved external lighting and extra provision for revenue-generating office space.

Accessibility is at the core of the Town Hall’s restoration and redevelopment work, something which clearly wasn’t very high on the agenda back in the 19th century when it was originally built.

New gently graded slopes and ramps will provide access to the hall’s main entrances, providing a more dignified entry for people with wheelchairs, prams, or walking aids.
The hall itself will see the installation of lifts, while a new link bridge will be constructed to connect two parts of the building which were previously a cumbersome and long-winded trek to navigate your way around.

The Town Hall project is due to be completed by 2024, while a decision on the pedestrianisation of Albert Square is expected to be approved by the planning committee any day now.

The revamp of the square looks set to build on the Victorian grandeur of the original historic design with the modern facilities and accessibility expectations of today and tomorrow’s Manchester.

The project looks destined to put the area more squarely on the map of leading global public spaces.

Just leave the wheels at home.