South Korea’s Ulsan National Institute of Science and Technology (UNIST) has got together with Power Plaza Co Ltd and engineered an ultra-compact foldable electric vehicle for urban mobility as part of its efforts to bring greener, lighter electric vehicles to the country’s crowded city centres.

South Korea’s economic boom time of the last twenty to thirty year has resulted in around 92% urbanisation in its populated areas. This means the nation’s cities would benefit greatly from a new, ultra-compact, foldable electric vehicle designed for urban mobility, so UNIST has been developing such a vehicle specifically to provide nimble, urban-friendly motoring. With its innovative design, this electric vehicle concept is said to feature a lightweight body and “exceptional” performance.

The brand new electric car design was unveiled on the morning of June 2nd by its design team, led by Prof. Yunwoo Jung of the School of Design and Human Engineering. The new urban-friendly electric vehicle, currently named the ‘E-Urban Mobility’ folds up for easy transport and storage, and provides vertical and horizontal riding positions, allowing operators to sit or stand in it as they drive around. 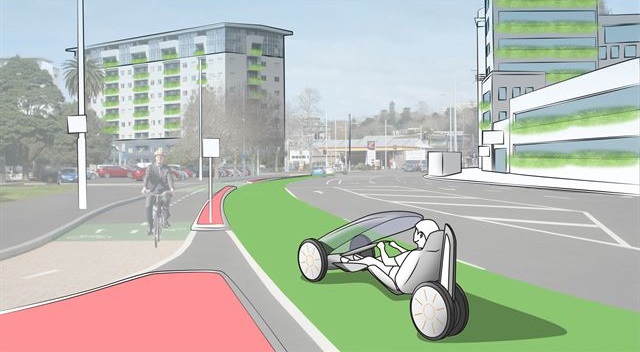 Ideally, one would sit back for longer journeys, extending the wheelbase and lowering the centre of gravity for better stability at speed, and stand or sit up when using it around tighter sections, pedestrianised precincts or, possibly, indoors, as the vehicle’s footprint should be little larger than a Segway in its upright position. On top of this, the manufacturing process is said to be greener, use lighter components, and lead to reduced vehicle emissions. 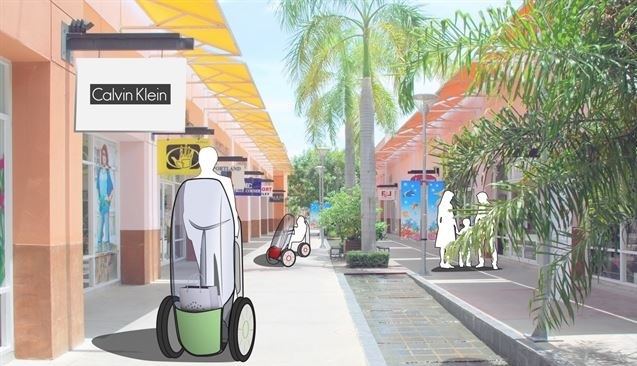 Together with Power Plaza Co Ltd, an electric vehicle manufacturer based in South Korea, UNIST will continue development as part of its “Smart Urban Vehicle Manufacturing Project”, which aims to address the challenges of living in Korea’s increasingly congested cities and minimizing the amount of energy used. Work has begun on developing a prototype version of the E-Urban Mobility electric vehicle concept for use in cities, which is expected to debut as early as next year and be properly revealed at the Seoul Motor Show in 2017.

President of UNIST, Mooyoung Jung, said that ‘Universities and industry have been collaborating for over a century, but this is the first time the two organizations collaborate to produce prototype electric vehicles for smart urban mobility.’ He went on to add, ‘Through well-balanced collaboration, we will make greener, lighter electric vehicles for use in cities, proving how clean easy urban motoring can be.’

Founded in 1993, project partner Power Plaza Co Ltd has developed, produced and sold over 700 kinds of standardized SMPS – Switching Module Power Supplies – over the years, such as DC-DC and AC-DC converters, through consistent technological innovation. Currently, it is playing a major role in the domestic industrial power supply market.