From visible light to radio waves, infra-red to ultra-violet, most people have a fair idea of what makes up the electromagnetic spectrum. But, unless your one of the many that enjoy spending a lot of time with Kirk, Spock, Picard, and Worf, there’s a particular wavelength that’s often overlooked. Little is understood about it and, until recently, few even bothered to look too closely at it. But, the terahertz, could become essential in the world of imaging and communication.

‘Terahertz is somewhat of a gap between microwaves and infrared,’ said Cheng Sun, associate professor of mechanical engineering at the McCormick School of Engineering at Northwestern University. ‘People are trying to fill in this gap because this spectrum carries a lot of information.’

So, using metamaterials and 3D printing, Sun and his team have been able to create a new lens that works in the terahertz frequencies and, not only has it established better imaging than common lenses, it paves the way for more developments into the mysterious world of the terahertz. 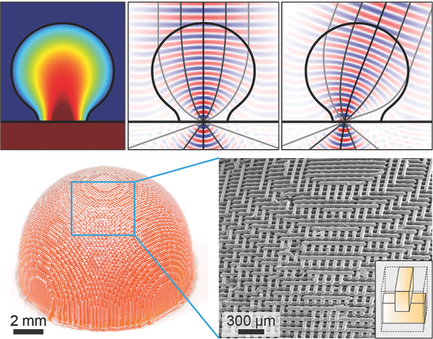 ‘Typical lenses have many, many components to counter their intrinsic imperfections,’ said Sun. ‘Sometimes modern imaging systems stack several lenses to deliver optimal imaging performance, but this is very expensive and complex.’

Regular lenses, even the most high-end ones, employ their curvature and refractive index to shape the light that enters them and, without the components to eliminate imperfections, any resulting image would be fuzzy or blurred. Sun and his team’s new design, though, uses a gradient index, which is a refractive index that alters over distance to create clear, sharp images without any additional corrective components.

This novel approach is possible thanks largely to two major factors. One, it’s constructed from a new metamaterial that has properties not normally available naturally. ‘Such properties originate from its tiny structures that are much smaller than the terahertz wavelength,’ said Fan Zhou, a member of Sun’s laboratory. ‘By assembling these tiny structures, we can create specific refractive index distribution.’

And two, a 3D printing technique called projection micro-stereo-lithography allows a scalable, quick, and low-cost way to produce the tiny structure that enables the lens to operate at the terahertz wavelength. Using this technique, the team were able to manufacture the metamaterial to fit their designs exactly.

‘For printing, we use a photopolymer in liquid form,’ Sun said. ‘When we shine a light on the material, it converts it into a solid. The material forms to the shape of the light, allowing us to create a 3D structure. You cannot accomplish a gradient index with traditional manufacturing processes.’

This new lens should make terahertz imaging cheaper and far more accessible, which is especially good news from a security standpoint. Unlike X-rays, such as those at airport terminals, terahertz radiation is completely harmless to humans and Terahertz scanners can detect metal and plastic, chemical, or other non-metallic threats, like advanced concealed weapons, biological threats and plastic explosives, while X-rays machines can still only see metals. 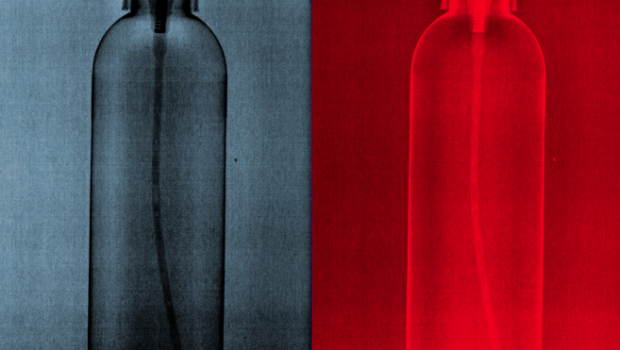