Pending city approval, the so-called “Skinny Shard” will be a 734-feet-high, 65-storey multi-purpose building for offices, shops, restaurants and cafes, plus 200 new luxury homes. The project will be a redevelopment of the old Royal Mail sorting office at Paddington Station, intended to revitalise the surrounding area in a similar fashion to the way his previous tower did for the London Bridge area. 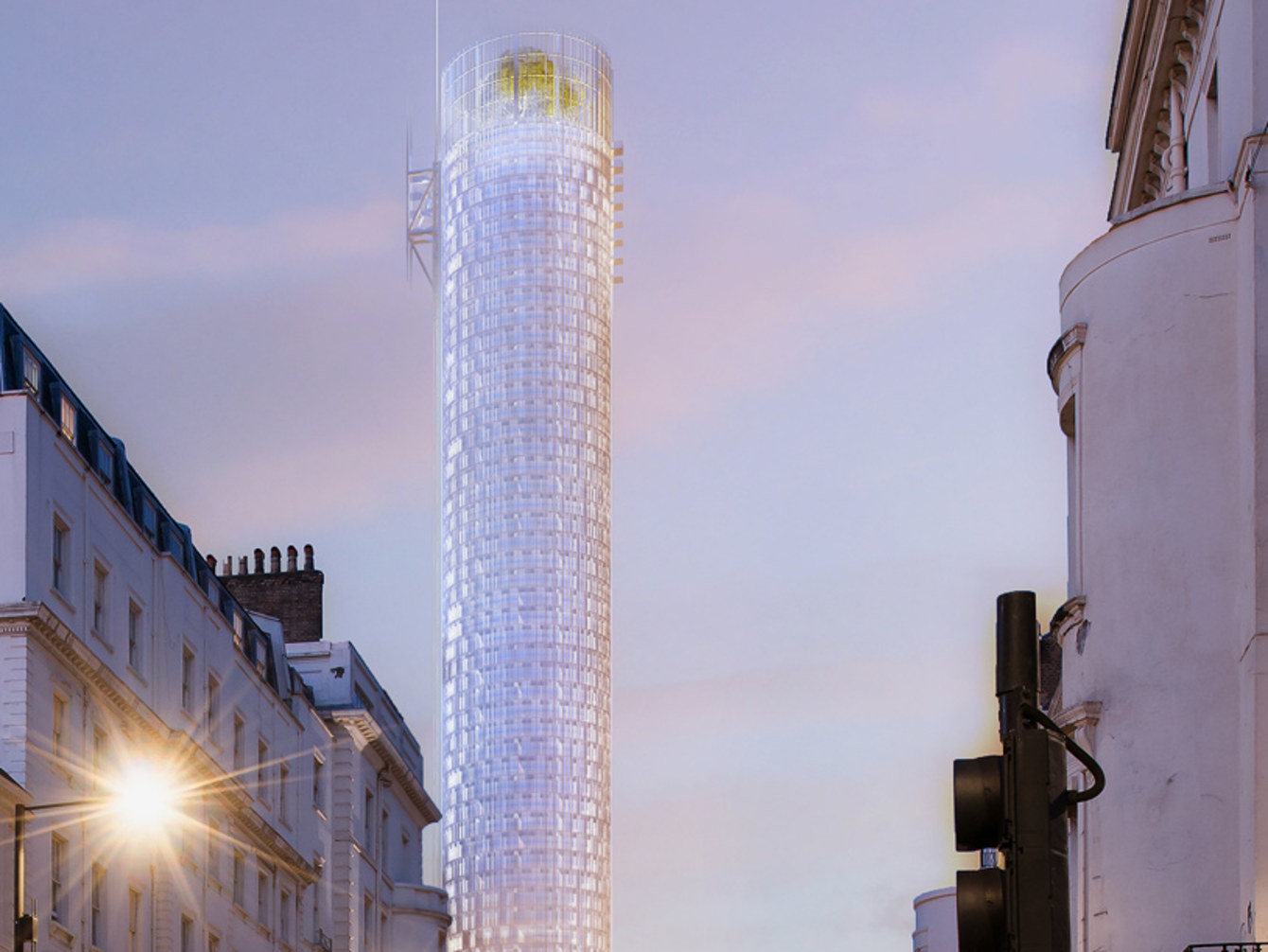 Unlike The Shard, however, with its famous pointed, flat-sided glass design intended to mimic the city’s surrounding church spires, this new building will be a more cylinder-shaped glass construction that will feature restaurants on the 60th, 61st and 62nd floors, with an open-air green space on the roof set to be modelled after Kew Gardens.

The new tower is part of a £1.5 billion plan to breathe life back into Paddington and access the area’s full promise as a gateway to the city. It’s also their intention to improve connections between the entrance to the Bakerloo tube line and Paddington Railway Station. Piano says the decision to build at Paddington Station came about because, ‘The current public realm in Paddington is poor, with congestion in and around the entrance to the Bakerloo line leading to frequent closures.’ The Italian architect believes strongly that, ‘This scheme (will) remedy those issues, while creating a wonderful sense of place which Paddington greatly needs… The creation of urban public realm has been at the forefront of our design’

The project is the result of further collaboration with Piano’s former partners in The Shard’s construction, Sellar Property Group, the chairman of which, Irvine Sellar, says, ‘We believe this exciting proposal will tap into the potential of Paddington and will prove to be a major catalyst for the continuing enhancement of the area, in much the same way that The Shard did for London Bridge.’

Mr. Piano has also recently accepted commissions to convert the former GES2 power plant, in Moscow, to a centre for the V-A-C Foundation that promote Russian art and artists, as well as another from Sellar Property Group to build a 27-storey apartment block right next to The Shard.

Planning Permission is expected to be requested in early November and, if granted, will mean construction will be scheduled to begin in 2017 and be completed in 2020. Completion will make this structure the fourth tallest in London, after The Shard, One Canada Square on Canary Wharf, and Heron Tower at 110 Bishopsgate, if its antenna is included.