Last year, in Sweden, OMA was awarded the contract to build twin residential towers to mark the gateway to the new Hagastaden neighbourhood of Stockholm. The ground-breaking ceremony is scheduled for May 2015, but until then new pictures released this week show that a couple of truly astonishing pieces of architecture are on the way. 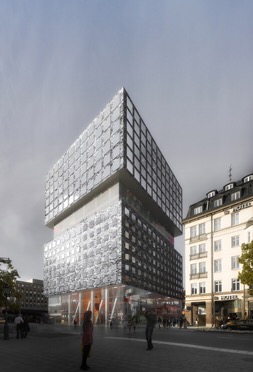 From a distance the twin towers will rise in a clever composition of protruding blocks to over 100 feet tall, making them the third highest building in Sweden. On closer inspection, however, the design is far more intricate and introduces what’s being termed a ‘rough skin’ exterior, made up of nearly 300 separate living areas that push out to shelter alternate outdoor spaces. The effect looks extremely block-like, modern and, for want of a better word, Swedish. 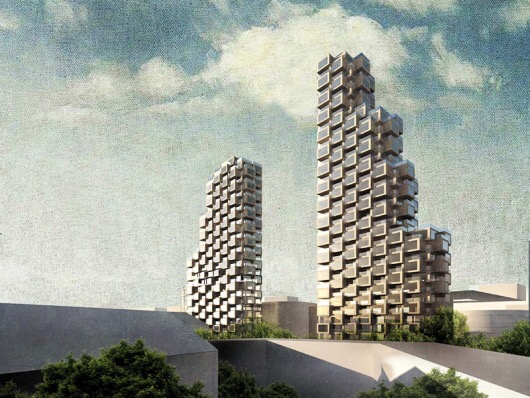 OMA, who beat out four other contractors to win the project, which was previously known as Tors Torn, says its design is meant to challenge the uniformity and expected façade type normally associated with urban tower blocks, and bring something fresh for the fledgling downtown development. This follows on from OMA’s recent success with another mixed-use tower in a different part of Stockholm – Station city. 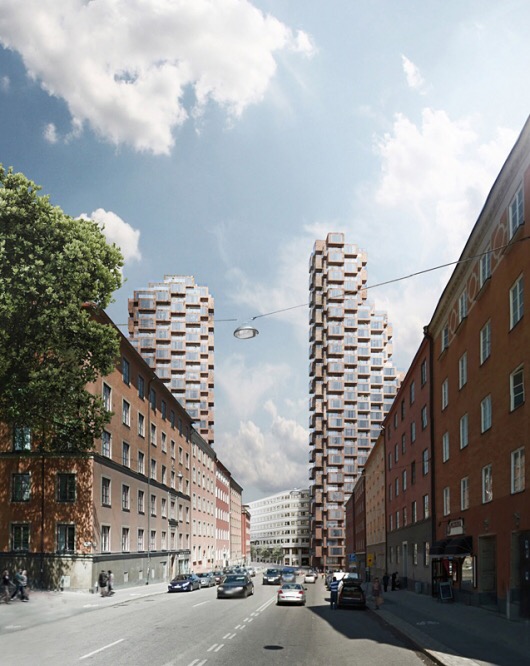 The top floors of one of the towers will be home to a bar and exhibition space, while the ground floors of both will contain a children’s centre, health club & gym, library and a number of retail spaces. But it’s the radical pattern segregation between domestic spaces, giving the building a less formal, more human feel, which should help spur it towards becoming the focal point of its new surrounding community. 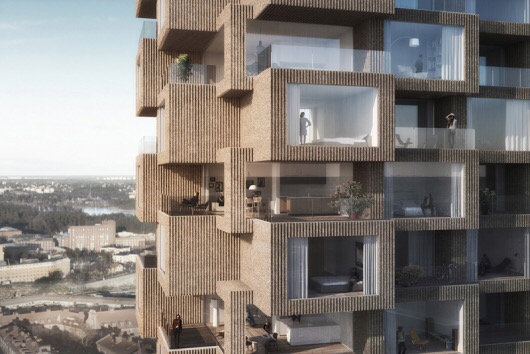