It takes just seconds for an earthquake, like those that recently devastated Japan and Ecuador, to render a city almost helpless. The infrastructure is disabled, with roadways badly damaged and bridges unusable, meaning emergency services can’t get to where they’re needed, and residents and workers are prevented from moving around to rebuild.

Generally, it can take weeks to fix the damaged columns on just one bridge after a disaster. However, researchers from the University of Utah civil and environmental engineering department, led by Professor Chris Pantelides, have finished developing a new way of repairing columns that can take as little as a few days to make a bridge usable again. 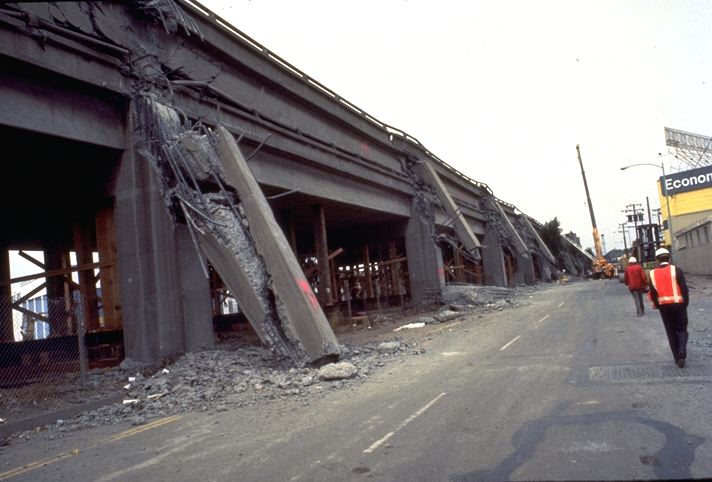 ‘With this design and process, it is much easier and faster for engineers and crews to rebuild a city ravaged by an earthquake so that critical roadways remain open for emergency vehicles,’ Pr. Pantelides stated.

In the event of an earthquake, bridges are built to divert the force placed on them to the top and bottom of their vertical columns directing the worst of the damage to the foundations and horizontal beams. This should keep the bridge from collapsing but not as a structure anyone would want to drive over. Also, if too many of the steel rebar built into the columns have broken, it’s more than likely that the bridge will have to be demolished entirely.

On a bridge that can be saved, though, it’s a long and laborious process to repair the columns, involving the slow removal of concrete to reveal any bent rebar and steel hoops for replacement, before pouring new concrete into a steel cast that has to be built around the column. It can take weeks, or even months, before a bridge is stable again.

The new, faster, and more cost-effective solution from Pr. Pantelides’ team comprises of installing concrete hoops known as “repairs” around the bottom and top of the damaged column. These are lined with a composite fibre material, a carbon fibre-reinforced polymer that is stronger than concrete or steel.

The process involves taking steel rebar with special heads, drilling them into the column’s foundations and securing with epoxy, before two halves of these circular shells, just millimetres thick, are placed around it and joined together. Concrete is then poured around the column and over the rebar, with the composite fibre acting as a mould, leaving a repaired column with the same structural integrity as the original.

‘The circular shape gives you the best strength for the amount of material you are using. The stresses are distributed equally all around the periphery,’ Pantelides says. ‘With this method, if there are future earthquakes or aftershocks the bridge will survive and damage will happen adjacent to the donut. This gives the bridge a second life.’

The team even suggest that existing bridges could be retrofitted with the composite fibre rings, effectively rendering them earthquake proof but, they were keen to point out, the system’s primary goal is to repair. Pantelides also says the process is patent-pending and it can be put to use in earthquake-prone regions immediately.