20 Fenchurch Street, London EC3, better known as the Walkie Talkie, is owned by a complex and intricate pattern of different investors, made all the more complicated by refinancing deal by majority shareholder Canary Wharf Group last year. Now, however, Morgan Stanley Real Estate is looking to sell its 11.7% stake for something in the region of £150 million, giving MSRE about 4% profit on its original investment.

Despite winning the 2015 Carbuncle Cup for worst new building in the UK, as well as attracting a fair amount of further criticism, the 160-metre-tall, £200 million, Rafael Viñoly designed tower is still looked on as one of the city’s more recognisable trophy buildings. Forced to lose 40 metres from its intended height before even breaking ground back in 2006, over worries about its potential visual impact on St Paul’s Cathedral, the Walkie Talkie has quickly turned into a resounding success for its investors.

Almost completely let, generating revenues of nearly £40 million per year and capable of charging close to £90 per square foot for its top rents, the 670,000 square foot space will only return what MSRE are expecting if the entire tower’s value is agreed at £1.3 billion. Sources close to the other owners and investors, though, put the structure’s value closer to just £1 billion, which would net MSRE only £120 million. 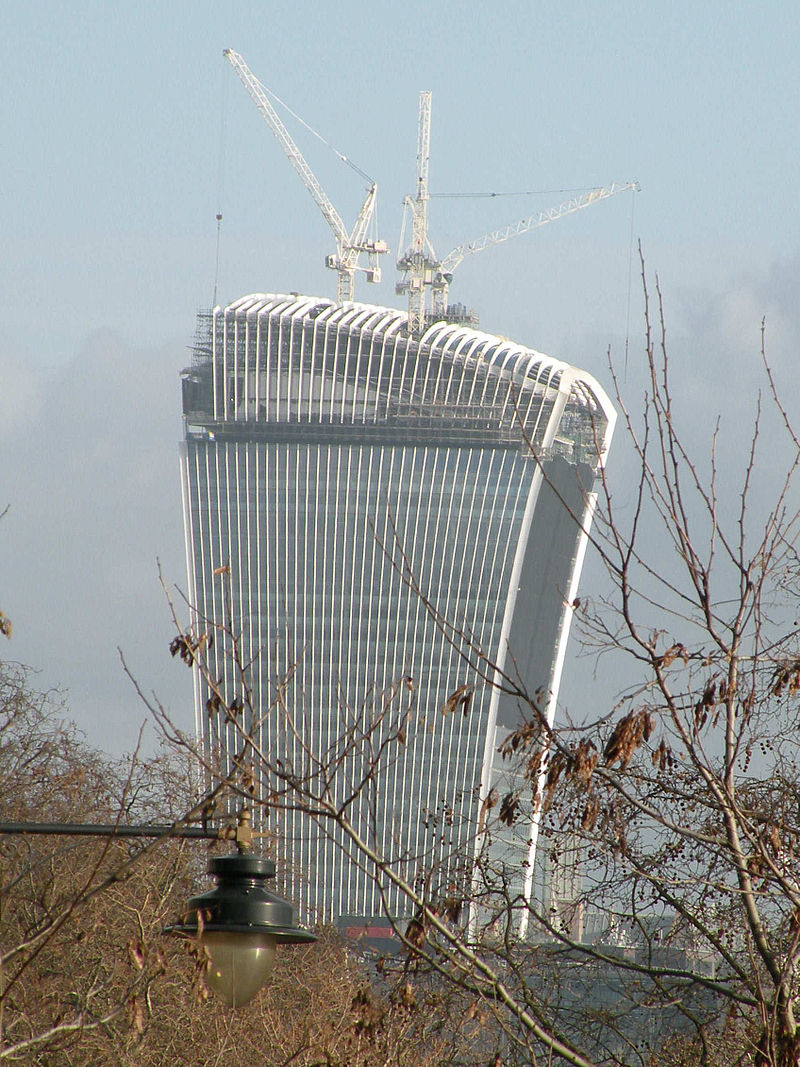 Work began on the postmodern, top-heavy tower back in 2009 and the first tenants were able to move in from May of 2014. Aside from rented space, the building houses a bar and two restaurants on its top three floors, together with a ‘sky garden’, viewing area, and terrace. The south side of the structure is externally ventilated to improve efficiency and decrease solar gain, while the east and west faces include solar shading.

The poor Walkie has had plenty of detractions, though. First, there was controversy over the sky garden; Billed as a public park, many argue against as there are severe restrictions on access and booking visits, it doesn’t qualify as a public space. There have also been complaints of a ‘wind tunnel’ effect at street level, specifically an increase in draughts since the tower was built and, worryingly, for two hours each day, the building acts as a concave mirror and focuses sunlight down onto the streets to the south. Spot temperatures in those street level locations have been observed to reach 117 °C on occasion, with beams of bright sunlight strong enough to damage parked cars. The media dubbed it the ‘Walkie-Scorchie’ and the building’s architect, Rafael Viñoly, had similar problems with the Vdara hotel he designed in Las Vegas. Some employees referred to that as the ‘Vdara death ray’.

Viñoly insisted that sun louvers on the south side had been included to prevent this problem, but were removed during the planning process. He admitted that there have been errors with the tower, although he sided with the building’s developers when saying that the sun had been too high in the sky on the days of those temperatures.

“(We) didn’t realise it was going to be so hot,’ he said, implying that climate change was more to blame than anything else. “When I first came to London years ago, it wasn’t like this … Now you have all these sunny days!”