Researchers from Portsmouth University’s School of Engineering have discovered what they believe could be the strongest natural material yet found by man, and it just happens to be the teeth of a limpet. The biological structure of these small aquatic snail teeth has been found to have a higher tensile strength that spider silk, previously thought to be the strongest biologically occuring material.

Professor Asa Barber, leader of the study at Portsmouth University, examined the small scale mechanical behaviour of limpet teeth using atomic force microscopy, a scientific process that is used to disassemble a material right down to the atomic level.

Adapting the structure of materials found in nature for technological applications has been a popular pastime of engineers for some time now. When spider silk was found to have such enormous strength in proportion to its size, using the design as a template enabled it to find use in everything from computer circuitry to bullet-proof body armour. And now, thanks to the latest techniques, Professor Barber’s team have found that these small gastropods cling on to rocks and boat hulls with teeth that have evolved to be potentially stronger still.

The research has discovered that the teeth contain a hard natural material called goethite, that the limpet forms naturally as it grows, which is formed into fibres that are just the right size to knit together into an extremely resilient composite. This fibrous structure is thought to have many potential high performance applications, in areas like Formula 1 racing car construction, aircraft design and, ironically, the hulls of boats. 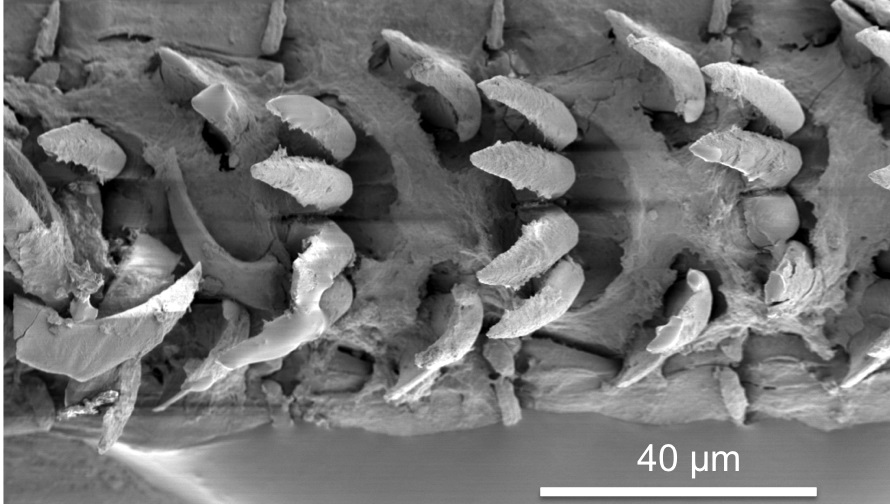 In these fields particularly, engineers are always searching for ways to increase strength without adding weight or material, or to build something like an aircraft wing which needs to have a massive structural area but be as thin as possible. And to that end, the research team discovered that no matter the size of the teeth they examined, they were always the same strength. This means that building large components using this ‘limpet tooth’ fashion could allow engineers to avoid the inherent weakness that comes with fabricating these bigger structures.

This discovery has been a long time coming, because the technique used to break the teeth has only just been developed. The tooth material being worked on was nearly 100 times thinner than a human hair, less than a millimetre long and curved. As the strength depended on both the size and shape, each sample had to be broken correctly for accurate measurements to be taken. 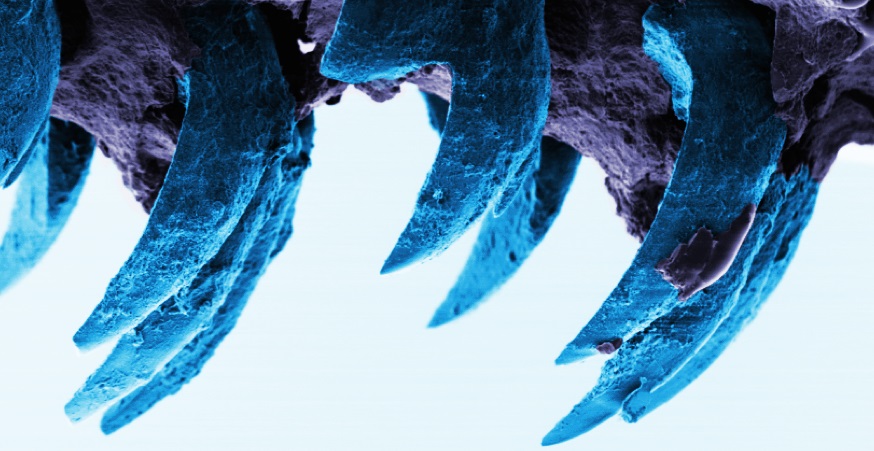