According to the US National Oceanic and Atmospheric Administration – or NOAA – there’s an island of plastic waste floating in the middle of the Pacific Ocean about the size of Texas. Now, while most of it is not visible to the naked eye, as the plastic is mostly broken up into pieces so small they can’t be seen, giving lie to all the devastating media images depicting heaps of trash suspended on the waves, it is there and it’s a major ecological concern.

If only Thomas Nosker, assistant research professor in the Department of Materials Science and Engineering at Rutgers University in New Jersey, had been able to implement his most successful invention before this mound of garbage had begun to form. As it turns out, Professor Nosker, with assistance from his colleagues at the Department of Materials Science and Engineering, came up with a use for the vast amounts of waste plastic we humans produce.

It’s called structural plastic lumber. It’s nontoxic, lighter than steel, more durable than lumber, strong enough to support almost anything the US Army cares to balance on it, and made from discarded milk containers, coffee cups, plastic bottles, and the like. Making use of waste materials that don’t degrade was the goal, and the inherent robustness of the discarded plastic turned out to be an advantage. 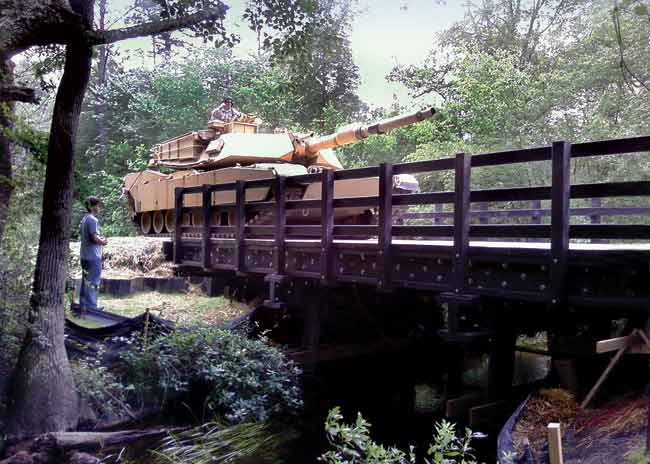 It’s so effective, structural plastic lumber has been increasingly used to build bridges on US Army bases, as well as in dock construction, for picnic tables, park benches, parking lot stops and many other structures across the world for some years now. It’s also been used to make around 1.5 million railway ties in the United States alone and, as each tie weighs roughly 200lb, that’s about 300 million pounds of plastics that have escaped landfills or that great trash vortex in the middle of the Pacific.

Over thirty years ago, as a doctoral student at Rutgers trying to deal with increasing amounts of discarded plastics that were rapidly replacing glass as packages for milk and soda that was ending up in landfills, Professor Nosker and his colleagues came up ways to sort, clean and process soda bottles made from polyethylene terephthalate – PET – and sell the material to make rugs, stuff mattresses and insulate jackets. However, another type of plastic waste known as high-density polyethylene – HDPE – being used to make milk containers was harder to deal with, and nowhere near as profitable. 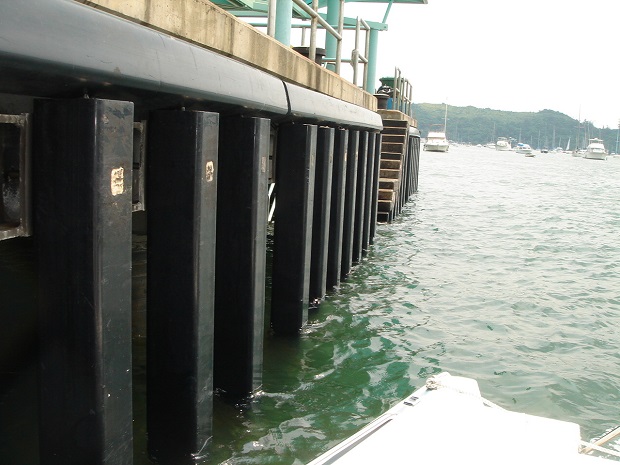 ‘Prices for HDPE were so low that you couldn’t even afford to wash used milk bottles in preparation for recycling,’ remembers Nosker, ‘but we couldn’t just turn around and throw it away. Plastics experts said it was potentially recyclable, and we wanted to work on that.’

After his initial attempt to make the plastic milk cartons into a new substitute for the chemically treated wood used in park benches and decks was unsuccessful – the recycled HDPE boards sagged over time – Professor Nosker finally found a workable formula. He combined HDPE with the polystyrene from old Big Mac containers and found, in the right proportion, the plastic blend gained strength thanks to the way the plastic particles interlocked.

Convincing those that make the decisions to start using structural plastic lumber over traditional wood wasn’t as hard as first thought. Although the goto durable, flexible and affordable raw construction material for centuries, wood lumber has its problems. It needs protection from insects and pests, as well as the elements, so is often treated with toxic preservatives that can contaminate the local soil, water, and groundwater. Structural recycled plastic lumber, which is mostly polyethylene reinforced with stiffer plastics or recycled composites, has none of that. 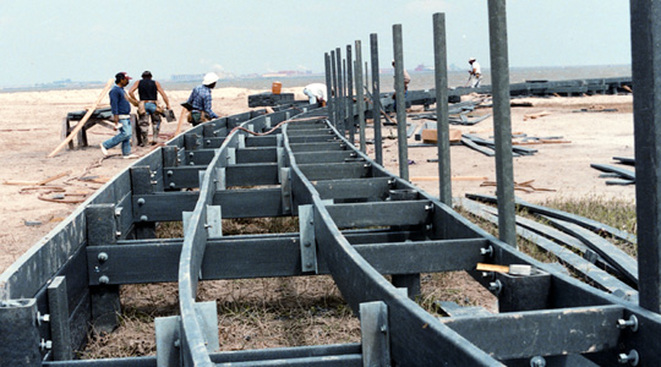 And, since active Army bases such as Fort Bragg in North Carolina ordered 1,000 plastic bridges that allow heavy loads such as a 73-ton M1 Abrams tank to cross the many rivers and streams in its 160,000-acre rural tank training grounds in 2009, structural plastic lumber bridges also have been built at Fort Eustis in Virginia, as well as in civilian locations in California, Maine, Ohio, Chicago, Scotland and many more places across the world.