And so, the future we all dreamed about as children is finally here as, at the Dubai Air Show last week, a deal was signed that will deliver up to twenty jetpacks that will be employed in firefighting duties in the UAE.

The Dubai Directorate of Civil Defence has reached an agreement with the New Zealand-based firm, Martin Aircraft, to supply the equipment, plus training, spares and two simulators to its world leading and ultra-modern fire department, where the city’s vast infrastructure and quickly growing expansion of high-rise buildings and skyscrapers make it necessary to be able to tackle emergency situations at higher altitudes. 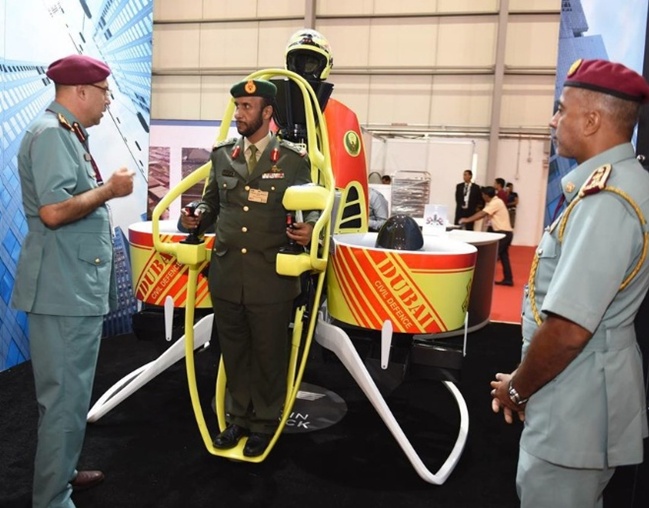 ‘The vision of Dubai Civil Defence is protecting lives, properties and the environment, and to provide fast professional service, efficient investment of human and material sources to give the best results,’ was the statement given by Lt Col Ali Almutawa of the DCD.

Adding manned and unmanned jetpacks to the city’s fleet of emergency vehicles, which includes police supercars such as a Bugatti Veyron, McLaren MP4 and Bentley Continental, plus various Lamborghinis, Ferraris and Aston Martins, could be considered a controversial move. But, Lt Col Almutawa also points out that Dubai ‘… has always been a world leader in adapting new technology to improve and save people’s lives.’ 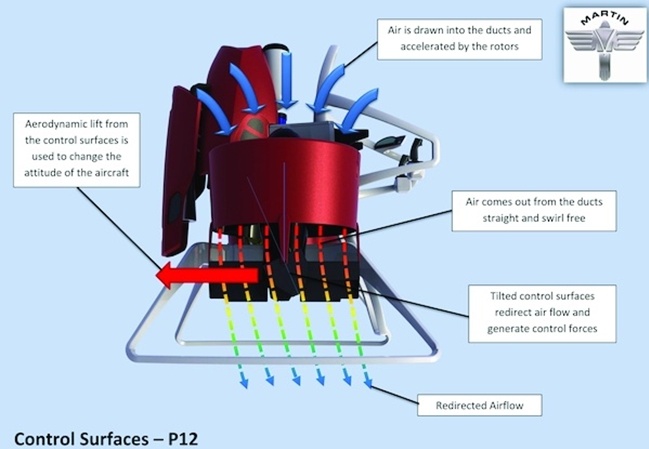 The Martin Jetpacks have been in ongoing development since 1981. This latest version can be flown manned or by remote, is capable of vertical take-off and landing (VTOL) and can climb up to a maximum ceiling of 3000 feet. They can reach a top speed of 40 knots, travel 30 kilometres or fly for about 30 minutes, and have a ballistic parachute in place for emergencies. Unlike unmanned Quadcopters, say the company, which can only carry a few kilogrammes, the Martin Jetpack is able to carry a commercial payload of up to 120 kilos, giving it a significant operational advantage.

Martin Aircraft have attempted to break into the emergency first responders field before, by entering into partnership with the US Department of Defence, Department of Homeland Security, plus other federal, state and local authorities and agencies last October, to evaluate the jetpack’s use in search and rescue, security, police, ambulance, fire and natural disaster situations. AVwatch, based in Massachusetts, was tasked in 2014 with monitoring services employing Martin Jetpacks, and their appropriate products and services, in these applications, as well as using a number of the aircraft to demonstrate their potential capabilities.

So far, however, there has been little success for the Martin Jetpack in the United States. Dubai has been the only city to consider putting the equipment into full-scale use.