After reporting about Shard architect Renzo Piano’s plans for his next multi-use high rise recently, it’s now come to light that New York-based architecture firm HOK has received the go-ahead to start work on Hertsmere House which, at 789 foot – 55 feet taller than the “Skinny Shard” but just under 20 feet taller than One Canada Square – will become Western Europe’s tallest residential tower. 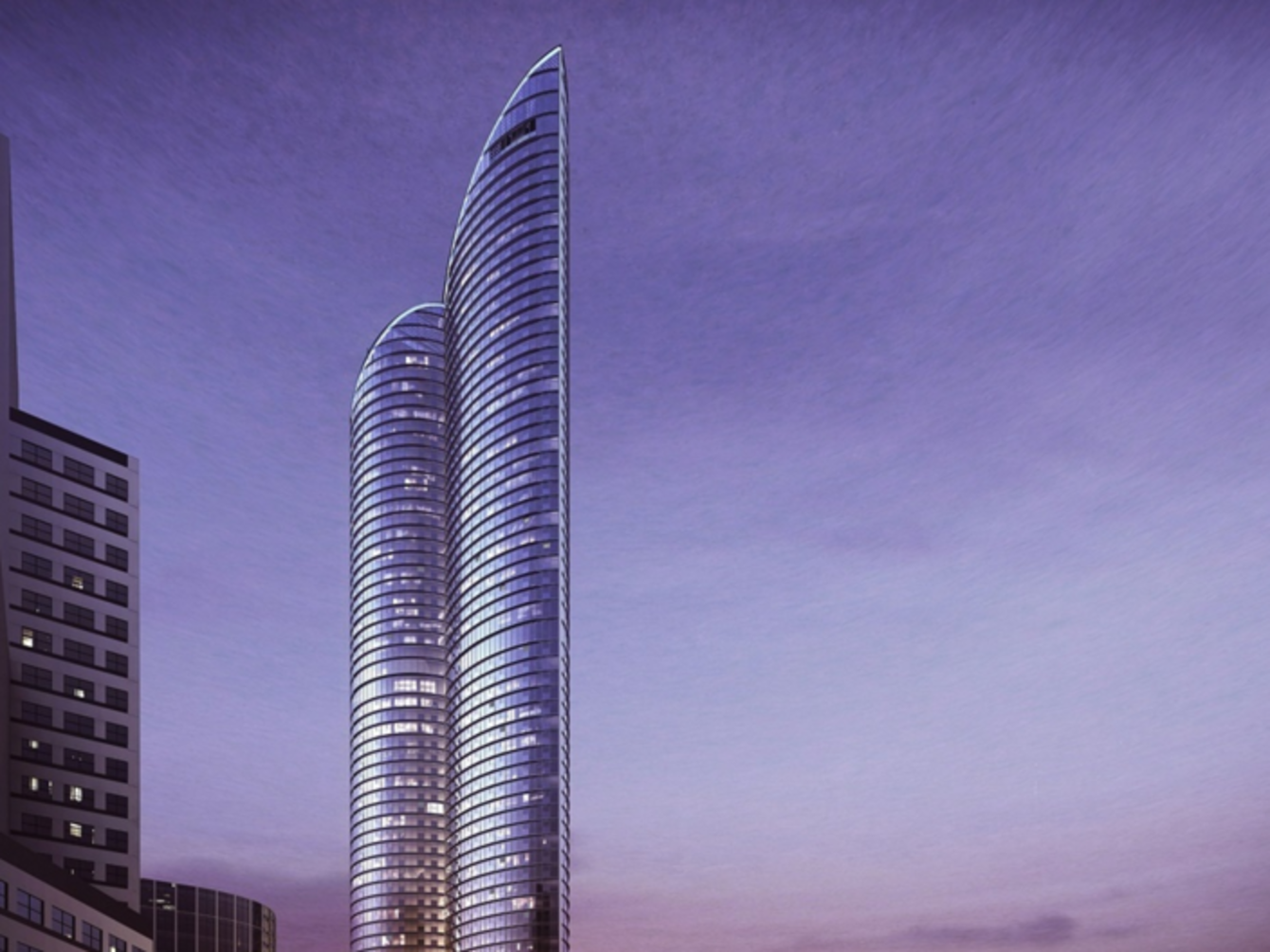 Only a stone’s throw away from One Canada Square, the correct name for the famous Canary Wharf building located in London’s West India Quay neighborhood, the 67-story structure will be situated next to one of the city’s two major business districts – the other being City of London – in Tower Hamlets and will feature 921 residential units, after a 2013 decision to change the structure’s usage from a mixture of office, living and hotel space, to a purely residential building.

Being built in the heart of East London’s busy end, Hertsmere House is set to be different from its surrounding skyscrapers, by employing a design consisting of two slim towers that arc outward at the top, in opposite directions. The pattern, according to Setareh Neshati, the project’s developer and planning manager at Greenland Group, was inspired by the action of the petals of a flower opening. “The design for Hertsmere House will present a striking silhouette from every vantage point nearby,” he stated, “while those in the western end of West India Quay will have the most spectacular views.”

Although the asking price of Hertsmere House’s apartments has been reported to be around the £1600 per square foot mark, at least 150 of which will be designated as affordable housing. Added to that, the building while incorporate shops, cafés, and various communal amenities for the people living there, including landscaped roof terraces, children’s play areas, and indoor gardens. “It was our aim is to create a better life for our residents, whether this was through the delivery of affordable homes, or in creating an improved and communal environment,” said the developer.

Mr. Neshati was also keen to point out that the tower’s location will be a crucial factor in attracting its occupants. “Residents will significantly benefit from both the proximity to Canary Wharf, where more than 100,000 people are currently working, and the building’s connections to nearby public transportation stations.”

Construction is expected to begin later in 2016 and completed in 2020, by which time the developers expect 90% of the units to be sold. However, experts say that may be optimistic. Even as London’s housing market improves, expensive apartments in the Heron Tower and One Hyde Park are still going empty and unsold, given the disproportionate amount of space at that price level. Hopefully, though, Hertsmere House’s attractive facilities and busy location will work in its favour.