Dubai, on the coast of the Persian Gulf, the highest populated city in the United Arab Eremites, is a metropolitan salute to wealth and extravagance, where bigger is almost always better and even the police patrol cars include a Bugatti Veyron, a Ferrari FF and a Lamborghini Aventador.

The Dubai skyline is possibly the most outrageous in the world. Featuring architecture that includes the Burl Khalifa, at 2722 feet the tallest skyscraper on the planet, the Burj Al Arab, the world’s only 7 star luxury hotel, the World Islands, an artificial archipelago 2.5 miles off the coast that’s made up from 300 islands laid out in the shape of a world map, and a $65 billion dollar entertainment complex, Dubailand, that is set to be over 100 square miles in size, or twice the area of Walt Disney World Resort in Florida. Adding to that little list the world’s first 3D printed office building unfortunately sounds less than impressive, but be assured, it’s still big news. 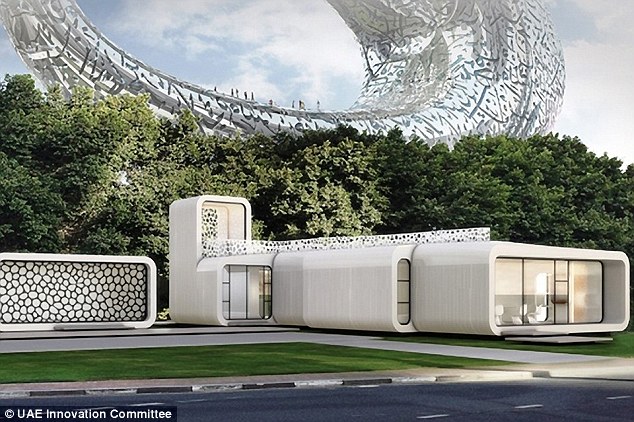 As the economic downturn of 2009 has hit some of the above mentioned projects, and caused others to be cancelled, the significance of showcasing a new, more affordable and less wasteful building process starts to emerge.

The building is designed as office space for 16 people, over a single storey and 2000 square feet. A 20-foot-tall 3D printer will fabricate the parts, which will be printed layer by layer and then assembled on site be used as a temporary headquarters for the staff of the nearby Museum of the Future, due to open in 2017. 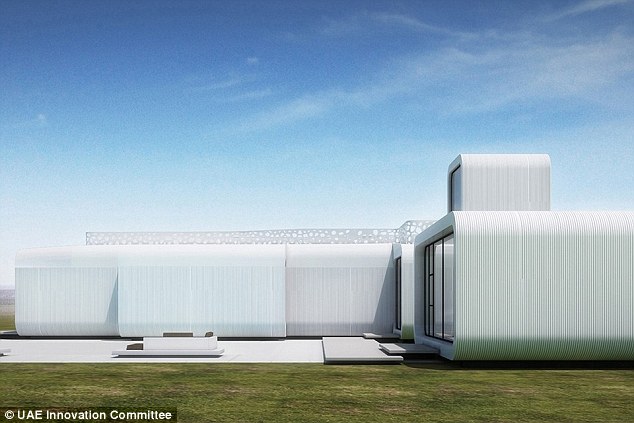 The structure’s layers will be made from reinforced concrete, gypsum reinforced with glass fibre, and plastic, and should only take a matter weeks to make, transport to the site and assemble. The project is a joint venture between Dubai and WinSun Global, who last year introduced its technology by printing ten concrete homes in Jiangsu province in one day before assembling them in Shanghai, and whose subsidiary, WinSun China, recently delivered the world’s first 3D printed villa to Cairo for the Egyptian government.

Mohamed Al Gergawi, UAE’s Minister of Cabinet Affairs said that the building would be, “…a testimony to the efficiency and creativity of 3D printing technology, which we believe will play a major role in reshaping construction and design sectors.”

Mr Gergawi also cited studies estimating that using this process to build these new structures could reduce production times by up to 70%, labour costs by 50-80% and produce between 30% and 60% less construction waste. With the added bonus that all the building’s structural components and interior furniture will also be the result of 3D printing.