Not since Game of Thrones premiered, have we seen such imaginative and complex answers to the question of ‘where shall I plant myself?’ Only now, as a team of students at a British architecture school have developed a new process for creating complex curved structures with 3D printers and decided to use it to build a set of intricate chairs, has the humble sitting device been subjected to such a revolutionary procedure. 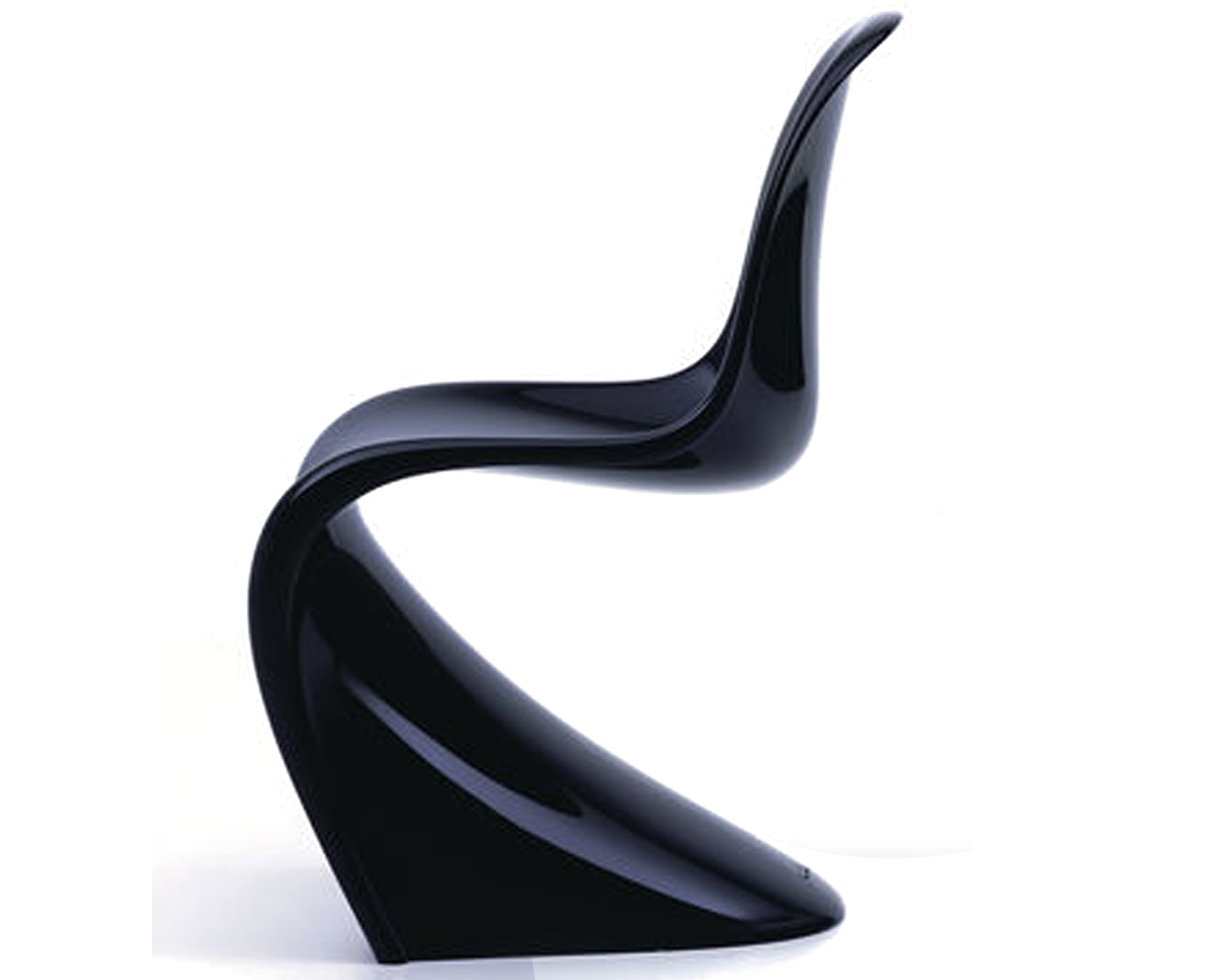 Of course, these designs lack the pomp, circumstance and tradition that surrounds the Iron Throne and have never been to King’s Landing but, on the bright side, they haven’t been the cause of anyone’s death or decapitation, either. In fact, what is now known as the Spatial Curves project was conceived and completed at The Bartlett School of Architecture, part of University College London, in Research Cluster 4 to be precise.

Team CurVoxels, which is made up of Hyunchul Kwon, Amreen Kaleel and Xiaolin Li, set out to come up with a new method of using robots for large-scale 3D printing. Working under the direction of tutors Manuel Jiménez García and Gilles Retsin, the team began with some familiar cantilever or S-shaped chairs by various designers, including Marcel Breuer and Verner Panton, as their starting point. 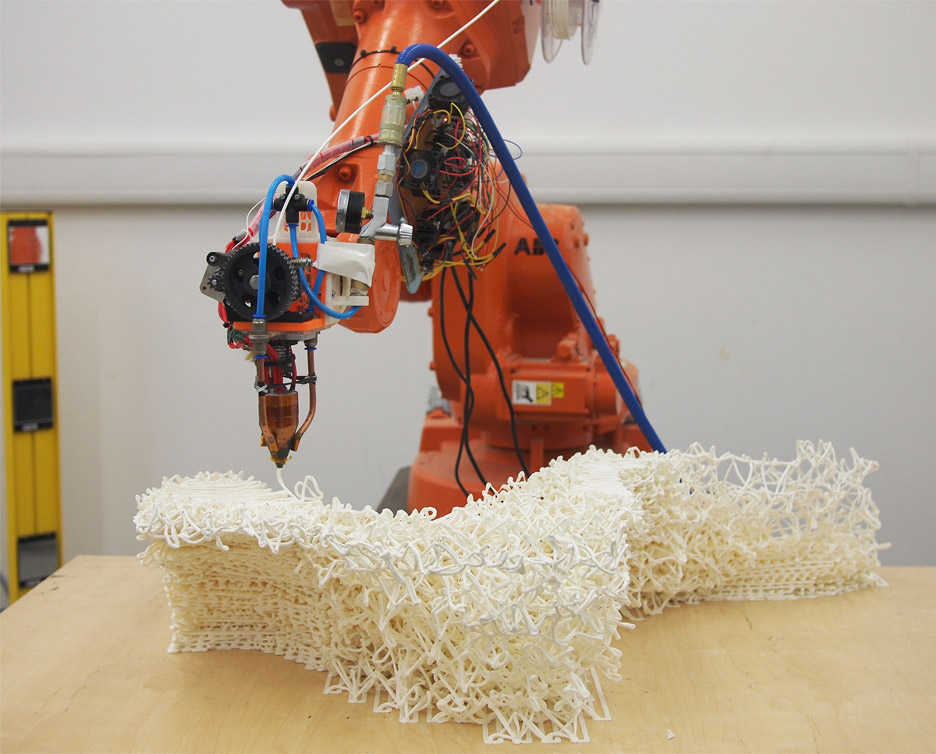 They then developed a custom nozzle that can extrude four to six-millimetre-thick pieces of plastic filament in the air, which avoids layered printing.

‘The industrial robot drags plastic from the extruder in the air where it is cooled down,’ the team explained, ‘This method allows us to print faster, use less material, and achieve filigree-like structures with a high degree of detail.’ 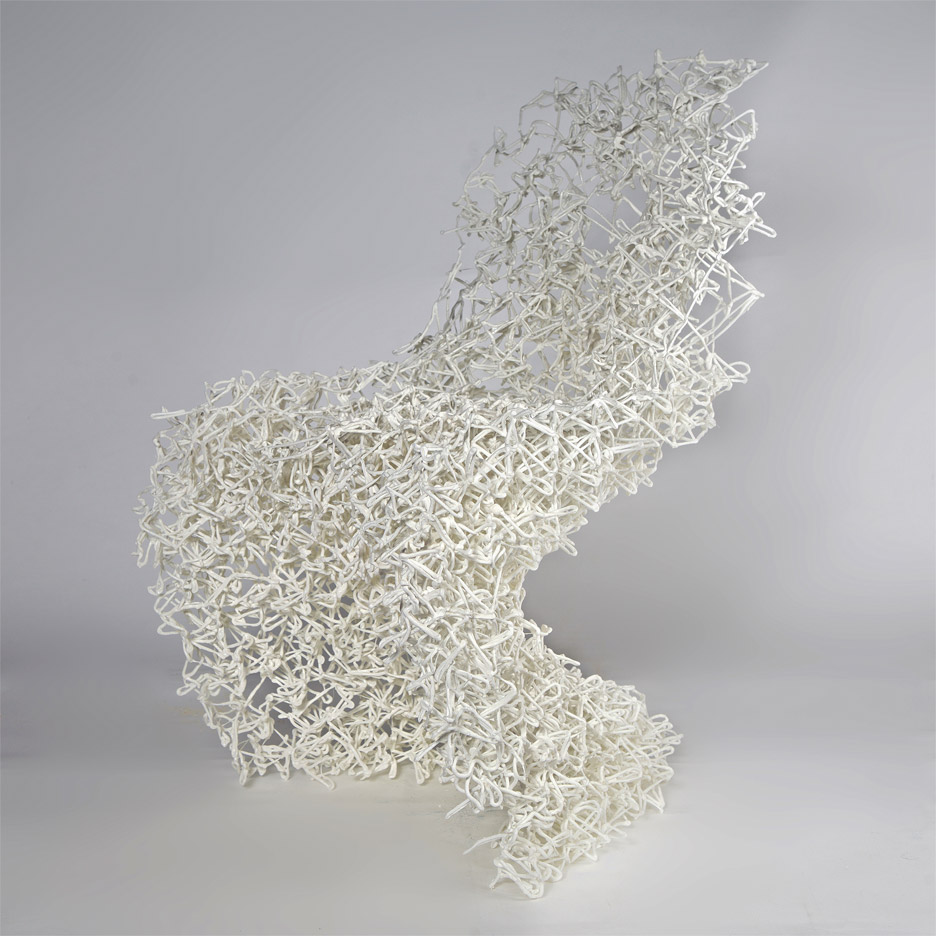 To demonstrate the process, a digital model of the Verner Panton’s iconic chair was divided into three-dimensional pixels, known as voxels. The voxels were then used to generate a pattern of curves that the robotic extruder can follow. This results in the intricate-looking detail of the finished products, which also happens to be the key element of their effectiveness.

The major breakthrough of this project is; that by using an algorithm to combine a single curvilinear element into one continuous extrusion, the robot is able to print continuously while the designers can make any pattern alterations simply by using an app. By being able to alter the filigree pattern, the team are able to increase the density in the key structural parts of the chairs and improve the integrity.